Transforming the Island of Unst into Treasure Island

The Unstlanders of the Sheltands island of Unst have always claimed that their island inspired R. L. Stevenson when he drew his own map for Treasure Island. Visiting his father, who was building Muckle Flugga lighthouse, the shape of the island and its bleakness sowed seeds of a treasure map.

This work was intensive Photoshop pixel editing and retouching. The island needed to be assembled from more than one OS Landranger grid unit. All the roads, buildings and other modern evidence of civilisation had to removed from the flat file composite of the Ordnance Survey map of Unst. New icons were created. Whole areas covered with trees. Areas of sea had new grid lines and numbering created. Contours were re-drawn (2 pixel size) and placenames added in sympathetic typography to seamlessly suggest that the OS team of mappers had been there and seen it all.

Part of a series of ‘modern’ maps of imagined places for a book to be published in 2015 including: Pemberley, Manderley, Northanger Abbey, Wuthering Heights and other places of ‘fiction’. Or are they…? 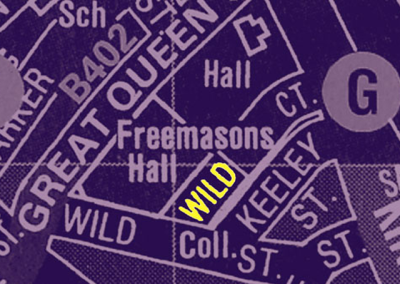